Indecent Images: What Should You Do If You Receive One?

Indecent Images: What Should You Do If You Receive One? | 5 minute read

Accidentally coming into possession of an indecent image is easier than you might think and the repercussions can be severe both legally and socially. As dating apps and online dating have increasingly become the norm, so their reputations have grown. But with security measures failing to keep pace, more and more underage users are finding their ways onto dating apps. And it’s these users who can unwittingly cause a problem for other daters.

So what happens if you receive an indecent image and what should you do?

What is an indecent image?

What constitutes an indecent image is the cause of huge debate. What one person considers indecent could be appealing, or even artistic, to another. To many people, merely taking a picture of your genitals is considered indecent, but luckily the law is much clearer.

There are two acts that deal with indecent images: the Obscene Publications Act 1959, and the Criminal Justice Act 1988. These acts state an indecent image is one that:

If an image shows any of these things, it’s probably an indecent image and even looking at it could make you a criminal.

However, by far and away the most common definition of an indecent image is when people talk about pictures of children under the age of 18. 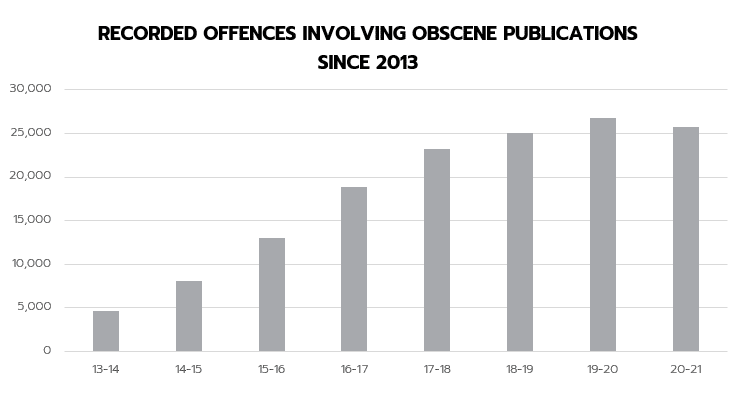 From 2013 to 2021, the number of recorded offences involving obscene publications and indecent images has grown by over 5 times. Data from the Office for National Statistics.

What if someone sends you an explicit image without your consent?

If you’re a gay or bi-sexual man who has used Grindr, you’ve probably been messaged by someone who looks suspiciously young. They tell you that they’re 18, avoid any further questions about their age, go on to send you a ‘dick pic‘, even when you haven’t asked for one and that’s it. They’re actually 17, and you’re now in possession of indecent images of a child.

It can be that simple and, despite never having solicited the indecent images, you’ve still committed a crime.

Always be vigilant of who you’re speaking to

You never really know who you’re talking to online or whether they’re telling the truth. If you so much as receive a picture, you might unwittingly be coming into possession of indecent images of a minor.

It doesn’t have to be Grindr, and obviously you don’t have to be gay. You could be using Tinder, Match.com or Bumble and the same thing can happen.

However, this scenario happens most often to gay men, in particular those who prefer to meet with younger men off dating apps. It’s crucial that you qualify your partner’s age by asking to see their identity. This may sound like common sense, but it’s better to be safe than going on the sex-offenders register.

When is the Possession of Indecent Images Treated as a Crime?

These are known as ‘statutory offences‘ where crimes have been committed even if there was no intent to do so.

Under these circumstances, a crime has been committed but there may not be any further action taken.

Should I expect a visit from the police?

If you haven’t asked for images of a minor, it’s rare to find yourself visited by the police. But it can (and does) still happen. This can happen for various reasons, including:

If someone is posing as a minor, they won’t send you pictures of a child as that would also be a crime. However, if you are led to believe through conversation that they are a child, and you arrange to meet with them, you are committing a crime. This comes under the charge of ‘arranging or facilitating the commission of a child sex offence’.

Don’t let curiosity get the better of you. This is true even if you don’t believe the other person and you want to find out if they are really someone posing as a child.

What Should You Do If Accused of Downloading or Possessing Indecent Images?

You shouldn’t panic if you face a visit by the police. It can be easy to jump to visions of what could happen if you are charged with the possession of indecent images. This is especially true if you work with children or in a professional industry.

Many people’s first reaction, out of disgust or otherwise, is to delete any apps or chat history. The next most common thing would be to throw away any relevant electronic devices. These are the worst things you can do, as you may lose valuable evidence that proves your innocence. Furthermore, your actions could be seen as an attempt to hide something.

If you are innocent then you have no reason to delete evidence that protects you.

What if the indecent image isn't of a minor?

It doesn’t matter what the image portrays. If the police arrest you or investigate you for creating or possessing indecent images, you’ll still face this same procedure.

It’s after this interview that the police will tell you if there will be any further action relating to the indecent images. If there is no further action, they will normally release you with a caution.

Getting the right advice at this stage is crucial as it can mean the entire process is cut short if you can prove yourself innocent.

Once the police decide to take action, they will send you what’s called a charge sheet which will outline the crime that you have been accused of. It’s at this stage that you can request to see what evidence the police hold if they haven’t already disclosed this to you.

A charge doesn’t mean you have been found guilty of an offence. It simply states what law the police think you have broken and what they intend to prove in court.

If the evidence is particularly poor, you may be able to get the case thrown out of court but this is rare.

In either situation, you’ll need to instruct a solicitor if you haven’t already done so to build you a robust defence.

If you received the indecent images accidentally, you will have the opportunity to put forward your case and prove your innocence.

Facing Criminal Charges Because Someone Sent You Indecent Images?

Get in touch today if you’re worried the police are investigating you for accidentally receiving indecent images.

What are the Sentencing Guidelines for Indecent Images?

Sentencing guidelines for indecent images vary depending on the nature of the images and what mitigating factors there are. In general, the guidelines are:

If you receive indecent images accidentally, the police will normally release you with a caution. This is because you have committed a statutory offence, even if you didn’t intend to do so.

Are there any defences for viewing indecent images?

Surprisingly, yes there are. There are 3 core reasons that you can cite if facing criminal charges for viewing indecent images:

However, just because you qualify for one of these defences doesn’t mean you won’t face criminal charges.

Do I Need a Criminal Defence Lawyer?

It’s important that you understand the severity of criminal matters and the punitive consequences attached to these issues.

For criminal issues with severe consequences such as those involving indecent images, we would always advise you to seek legal help. Taking the right actions early can ensure you minimise any stress on yourself and stop any further action.

And if your case proceeds unexpectedly, you’ll need a robust defence to refute the evidence presented. A criminal defence lawyer will help you to understand and balance the risks to both your personal and professional lives.

Our network of criminal defence lawyers offer advice free of judgment and tailored to the LGBT community. 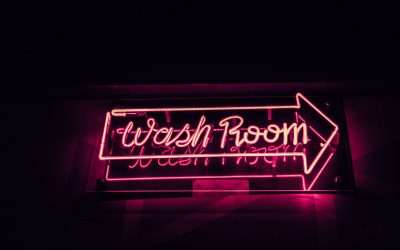 What should i do if i'm caught cottaging? | 5 minute read "Zip me up before you go-go" In Beverly Hills, 1998, an undercover police officer caught the legendary George Michael trying to solicit sexual favours in a public toilet. The 80's star was landed with a £500... 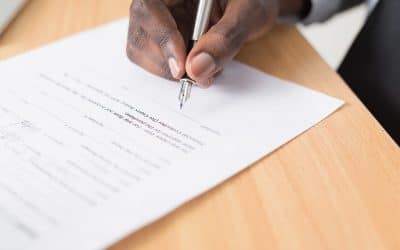 If you are currently going through a commercial dispute or need guidance on what to do when a dispute arises, you are in the right place. This recent article outlines everything you need to know about resolving a dispute and pursuing legal action through the court.... 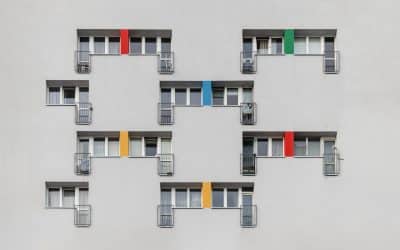 What Is Enfranchisement And Should You Apply For It?