Michael Dillon: The 2 Laws Which Could Have Saved Him

The 2 Laws Which Could Have Saved Michael Dillon | Read Time 3-5 Minutes.

Who was Michael Dillon?

Michael Dillon is one of the key figures in 20th-century trans history. Michael Dillon was the first to use masculinizing testosterone therapy and receive a penis through plastic surgery. However, Michael Dillon’s legacy far surpasses his transition. He wrote a treatise on the medical treatment of trans people that is still used today and was the first Western European to be ordained as a Buddhist monk.

This blog takes you on a journey through Michael Dillon’s life from start to finish and sheds light on how current laws today would have drastically changed many of the critical incidents that negatively impacted his life. 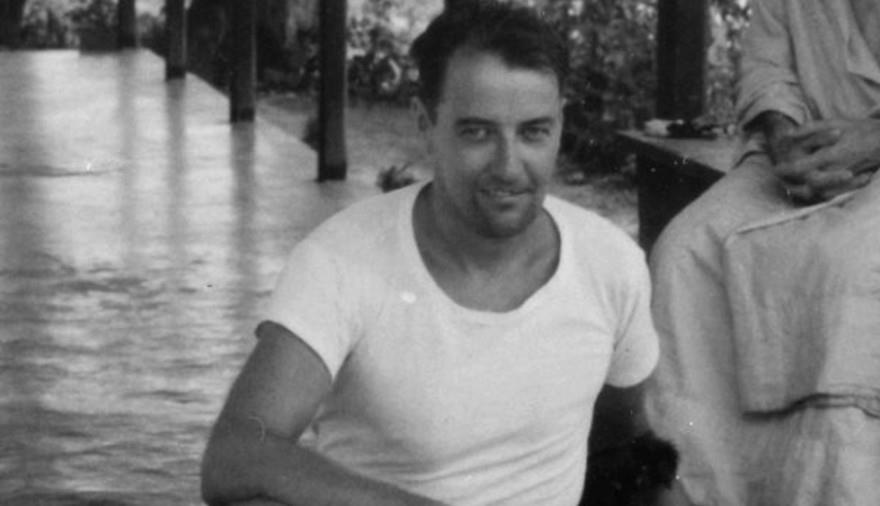 Michael Dillon was initially born a female and was named Laura Maud Dillon on May 1 1915. She was the second child of Robert Dillon, heir to the baronetcy of Lismulllen. Shortly after she was born, her mother became sick and died of sepsis. At the time Laura’s dad (Robert Dillon) could not cope with the tragedy of his wife’s death. He became an alcoholic and died not long after. As a result of her parents’ absence, both Laura and her brother were raised in Kent by two aunts.

Laura’s education began when she joined the St Anne’s College in Oxford. Once she finished her college education, she later enrolled as a student at Oxford University and joined the University’s Women’s Boat Club. Laura’s passion and dedication for rowing led her to become the Oxford University Women’s Boat Club president. She competed at high-level rowing competitions in 1935 and 1936 and received various awards for her efforts.

“Sometimes, life is like that. one momonet. one person. one converation. and your life is forever enriched”

Whilst Laura was growing up, she was very uncomfortable with her sexuality. She often wore men’s clothing, as she was more self-assured living as a male. Laura began her transition in 1939 when World War 2 began. She was 24 at the time when she decided to seek testosterone treatment from Dr George Foss. Foss helped Laura by supplying her with testosterone pills but insisted that she saw a psychiatrist.

Unfortunately, at the time, there was little education about gender dysphoria and the psychiatrist who saw Laura spread rumours around her local town about her desire to become a man. In desperation, after being discriminated against and losing her job, she fled her local town to relocate to Bristol. Whilst in Bristol, she started a new career in a Garage.

In Bristol, in 1942, Laura collapsed in the street because of her hypoglycaemia and injured her head. As a result of the head injury, she was admitted to the Bristol Royal Infirmary. Whilst she was recovering in the hospital, she came to the attention of a surgeon. The surgeon was one of the world’s few practitioners of plastic surgery at the time and helped Laura by performing a double mastectomy (surgery to remove both of her breasts).

Shortly after the operation, he provided her with documentation that allowed her to change her gender. Foss also provided her with the contact details of Harold Gillies, a pioneering plastic surgeon. As the war ended, Michael Dillon completed his studies in Bristol. One of his significant achievements in life was his publication of “A Study in Ethics and Endocrinology”. The publication still has a leading edge in its patient-centred approach to trans medicine today.

In 1946 and 1949, Michael Dillon became one of the first people to undergo phalloplasty. He received 13 sex-reassignment procedures in Rooksdown House, Basingstoke, by Harold Gillies. Gillies diagnosed Michael Dillon with hypospadias (Hypospadias is a condition in which the opening of the urethra is on the underside of the penis instead of at the tip) to disguise that he had gender reassignment procedures. This was because it was illegal at the time. Whilst undergoing the transition, Michael Dillon was still attending work as a medical student at Trinity College. The procedures were in their infancy stages when he received them, meaning he often developed infections. However, he refused to let anyone know about the infections and carried on at work. He would blame the infections on injuries from the war to combat his co-worker’s suspicions.

How did the transition affect his life?

In 1958, as an indirect result of Michael Dillon’s aristocratic background, the Daily Express informed the public that there was a discrepancy within Burke’s Peerage, a genealogical guide that listed Michael as Laura Dillon. Michael attempted to tell the media he was born male and suffered a severe form of hypospadias. However, this was ineffective. He was forced into unemployment and was heavily discriminated against.

In desperation to find acceptance, he fled to India to pursue a new life as a monk. He was the first British person to be ordained as a novice monk. Whilst training to be a monk he became part of the Gelukpa order and was named Lobzang Jivaka. Despite the language barriers in India, he felt accepted as a monk. He often spent his time studying Buddhism and writing an autobiography. However, his happiness was short-lived, as he was forced to leave India after his visa expired. He could not regain access to India for some time because of a war brewing in Ladakh.

On May 1, 1962, Michael Dillon finished the autobiography he started in India years before. The manuscript told the story of Laura Dillon and her grinding desire to be male, the testosterone that shaped her body, and the countless surgeries it took to get a penis. He sent the autobiography by envelope to an agent he had in London at the time. Days later after sending it, he headed to Kashmir to gain access to Ladakh. However, he never made it.

During a stopover, Michael Dillon fell sick and later died in Dalhousie hospital, aged 47, in May 1962. His cause of death was unknown, but there is speculation that he was poisoned. Regardless of Michael’s death, his brother (Sir Robert Dillon) truly despised Michael’s decisions. He wanted to burn Dillon’s unpublished autobiography detailing his sex change and gender dysphoria. It was apparent through the series of events in Michael Dillon’s life that he was never accepted for who he truly was, and both society and his family were against him. 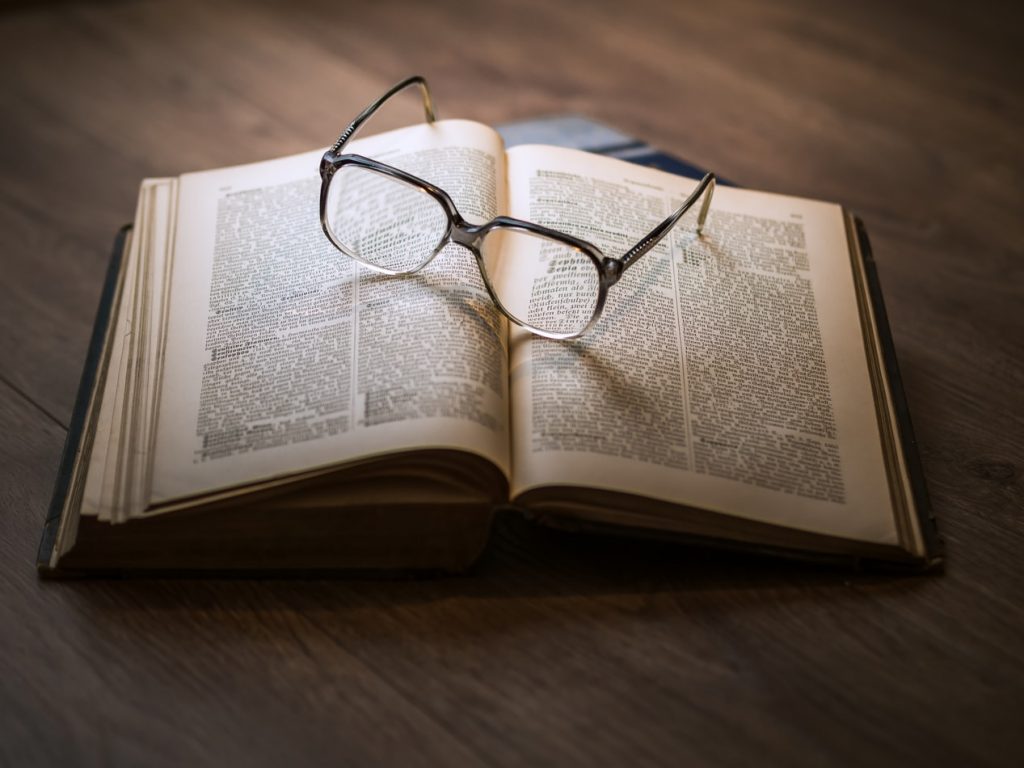 What laws today could have protected Michael Dillon and allowed him to live a happy life?

A historical trans pioneer, a champion rower, an ordained monk, Michael Dillon truly encapsulated the theme of this year’s LGBT history month, body, mind, and spirit. His legacy was a real inspiration to many. The sheer dedication and commitment he stood for remains iconic to both the LGBT+ community and non-LGBT+ members.

Another crucial part of the Equality Act 2010 that would have protected Michael Dillon from unemployment, is the extended Sex Discrimination Act 1975. The Act’s extension made it illegal to discriminate against a person who identifies as a different gender in both employment and vocational training. If the comprehensive legislation were in place at the early stages of Michael’s Dillon’s life, it would have made a monumental difference to his future. For example, it would have been illegal for his employer to dismiss him on the grounds of his gender identity, meaning Michael Dillon could have stayed employed and lived in his local town.

When Michael Dillon first started taking testosterone pills and began to transition, he would have been protected by The Gender Recognition Act 2004. The Act ensures that transgender people can apply for a Gender Recognition Certificate (GRC). The certificate is a document that certifies that a person has a satisfactory criterion for legal recognition in their acquired gender. A crucial part of this criteria is that it is not a requirement for sex reassignment surgery to have taken place, meaning Michael Dillon would have been protected by the legislation. The Act aims to safeguard the privacy of transsexual people by categorising information about the gender recognition process as safeguard information.