Same Sex Parenting: What to Consider Before Starting Your Family

For any couple, no matter gender identity or sexual orientation, starting a family is always a blessing.

For same sex couples, there are more options than ever for starting a family. Whatsmore, rights for  same sex couples are booming, with same sex marriages increasing and cohabiting rates at their highest.

That being said, the laws that surround same sex parenting and starting a same sex family can be quite complex.

It’s a big step for any couple to consider growing their family. But for same sex couples in particular, the process can be costly and can take a long time.

LGBT Lawyers has put together a list of some of the most important factors to consider when starting your rainbow family. We’ll take a look at what you need to know, from conception and costs to combating criticism.

1. Despite what some may think, same sex parenting makes you no less of a parent

And that is a fact.

The truth, when it comes to parenting, is that the challenges for parents are the same, regardless of sexual orientation.

The process may differ, the law may differ and social views may differ. But you are no less of a parent because you are raising your child in a same sex relationship.

Copious amounts of psychological and theoretical tests have been conducted on this subject. The main focus of these tests was to see what the psychological effects on a child would be in a same sex family, as opposed to a heterosexual one.

The results, really, are next to none (this has even been confirmed by the APA.)

“Not a single study has found children of lesbian and gay parents to be disadvantaged in any significant respect relative to children of heterosexual parents.”

Furthermore, some studies have tried to prove that you need both a male and a female influence in a parenthood. These tests claim that too much of one gender can have a negative impact on the child’s health. Unsurprisingly, all studies have been inconclusive, with some even saying that two of the same gendered parents is an advantage.

For those wishing to start a family through a non-traditional method, there are many options. The important thing is to find the best one for you, and to be completely informed of your options before you take the plunge into parenthood.

Surrogacy is a hugely popular option for same sex couples in the UK.

It can be a fantastic option for same sex parenting, especially if you go through an agency or if you use the help of someone who you know and trust

However, commercial surrogacy is illegal in the UK. Payments can only be made in the form of reimbursements, not in compensation or “funding” for troubles.

Be mindful with surrogacy. According to UK law, the surrogate mother is the legal parent of the child until a parental order has been filed by the new parents.

Adoption can be a hugely rewarding thing for same sex parents and can change a child’s life.

Like surrogacy, adoption has a strict set of rules that surrounds the process. Adoption includes a rigorous application process and approval system.

Unlike surrogacy, when you adopt a child you become their legal guardian without having to apply, as you have already gone through the legal process.

Be aware that with adoption, if the child’s birth parents can be located, then they still have full parental rights and must agree to the adoption before it can be accepted.

IVF can be a complex and stressful process to go through, both emotionally and financially.

However, IVF has some major benefits over other methods of conception. The main reason for this is that the woman who gives birth to the child is legally their birth parent and automatically has full legal parental rights. Because of this, it is a common option for same sex couples.

However, be aware that there can be complications.

For example, if you are a lesbian couple and partner A carries the child, but with partner B’s ovum, then partner A is the legal parent, but partner B may not be.

Similarly, if a gay couple chooses IVF with one of their sperm, then the donor from that couple is only the legal parent if the birth mother is NOT married or in a civil partnership.

3. You might need to consider how much this could cost you

As commercial surrogacy is illegal in the UK, any financial requirements will depend on the living costs of the surrogate.

The suggested cost for covering the living expenses of a surrogate in the UK is between £7,000 and £15,000 (for things like medical treatments and travel costs).

For a gestational surrogate (where IVF is also involved) the fees are roughly £50K upwards, for treatments that include (but are not limited to):

Same sex couples have to undergo 12 cycles of self-funded artificial insemination before the NHS will consider funding their IVF treatment. Because of this, many same sex couples choose to have IVF privately.

Private IVF can be expensive and each round of insemination can cost between £3,000 and £4,000.

Donor sperm also isn’t funded by the NHS, and this can cost upwards of £1,000 per vile.

Although there is no upfront cost for adoption, there are certain other financial considerations that come into play (general costs of preparing for a child being one).

Adopters who are adopting from abroad will also have to consider the complex costs, which are generally in the region of £12,000. The DoE (Department of Education) alone charges almost £2,000 to process an application.

Whatsmore, an adoption agency legally cannot charge you for your adoption, but you may have to pay for things such as police checks or legal fees if necessary. 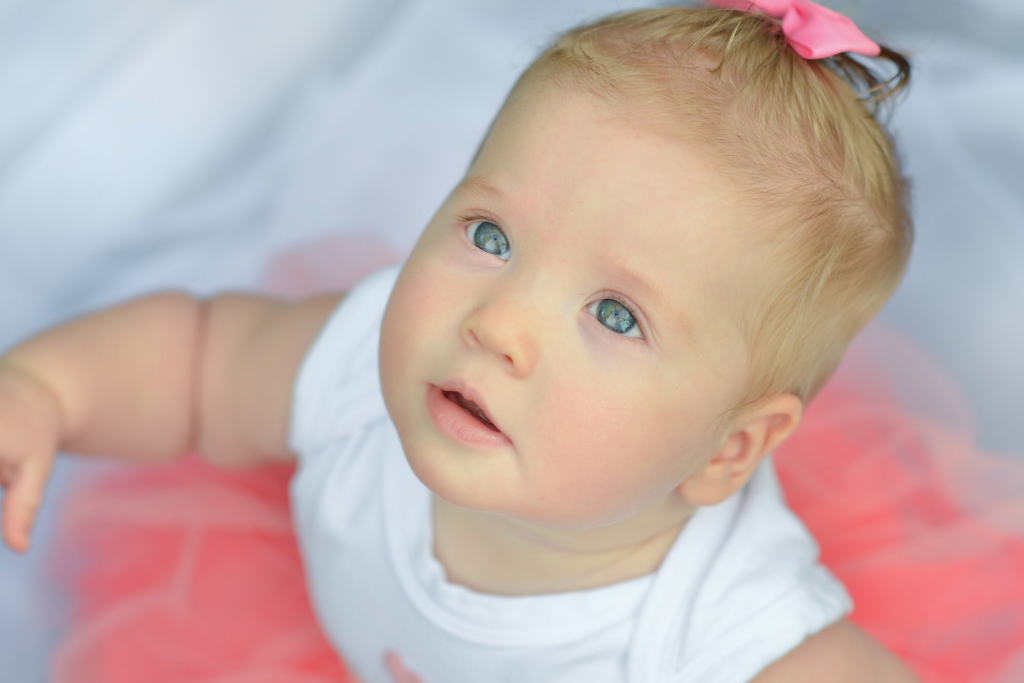 4. You might need to apply for a parental order

Because the laws that surround same sex parenting are so complicated, it does inevitably mean that your parental rights may differ from that of your partner.

In the UK, the only way to legally change a child’s parent is to do so through adoption or by a parental order. A parental order is essentially a legal solution to reassign parental rights and responsibility.

The criteria for parental orders include:

To apply for a parental order, you must fill in a C51 form and take it to a family court, along with the child’s birth certificate and payment of £215.

Without an appropriate parental order, you might have to face a variety of issues, including:

In the UK, IVF and fertility treatments are generally preferable for same sex female couples, due to the obvious fact that woman can naturally carry children.

Unfortunately, the unmarried partner of the birth mother may struggle to be jointly registered on the birth certificate. In this situation, the partner will need to apply to the court for a parental order.

For same sex male couples, surrogacy and adoption are the most popular options

If, however, the surrogate is not married or in a civil partnership, then shared parental responsibility will fall to the donor of the sperm. Both of the new parents can choose to apply for a parental order, which will reassign the legal parental rights to the couple.

When it comes to adoption for same sex male couples, an application for an adoption order can be made after the child has lived with the couple for more than 10 weeks. This order will grant the couple with full, legal parental responsibility.

7. What if we are starting our family from outside of the UK?

According to UK law, if you are coming to the UK with your family, your status as a parent may not be automatically recognised, even if you are named on a foreign birth certificate or court order.

If you are using an international surrogate, or adopting a child from abroad, then you will need to look at the nationality of your child. Each country may differ in legislation’s and processes for the child to become a British citizen.

As previously stated, the surrogate (regardless of nationality) is the legal parent of the child. You can apply for a parental order that reassigns parenthood fully to the couple, and removes it from the surrogate.

If you are choosing to adopt an international child, there are some areas to consider. For example, some countries have adoption restrictions, including Cambodia and Nepal.

*Adopting a child from abroad is particularly complex for British citizens. Our article on gay adoption has some more information. Alternatively, If this is an option for you and your partner, take a look at the Gov page on adopting a child from overseas.

8. Not everyone will understand your decision

Technicalities aside, the emotional and personal effects of same sex parenting can seem a little overwhelming.

Not everyone is going to understand or accept your decision to raise a child with your same sex partner.

You may face comments such as “yeah, but who’s the real dad?” or “So which one of you is the real mum and who plays the dad?” When people don’t understand something, they are more likely to shy away from it or make insensitive comments.

“The teacher asked us to draw a family tree and I drew two mum’s. She said that it is not possible to have two mum’s, so she drew an ‘X’ on one of my mum’s and she drew a man with a beard.”

One of the largest critiques of the same sex parenting system in the UK is its tendency to be slightly discriminatory. This can be seen when you compare the IVF process for heterosexual couples against the process for same-sex couples.

You may find that your child has a different experience at school than other children. School’s seldom teach children about nontraditional family models, and so they may not be used to seeing a child with same-sex parents. Just remember that this is your decision and, although it may be different, it isn’t wrong.

Although the amount of information we have just given you may seem daunting, the last thing we want to do is deter you from same sex parenting.

Despite the challenges that same sex couples may face when deciding to start a family, the fundamental goal is always worth it. Same sex parents can differ to heterosexual parents, because they really want to have a child, and are doing everything in their power to do so.

The desire to start a family for many LGBT family’s is what leads same sex parents to being such fantastic parents. Because you face more challenges, you’ll fight harder. 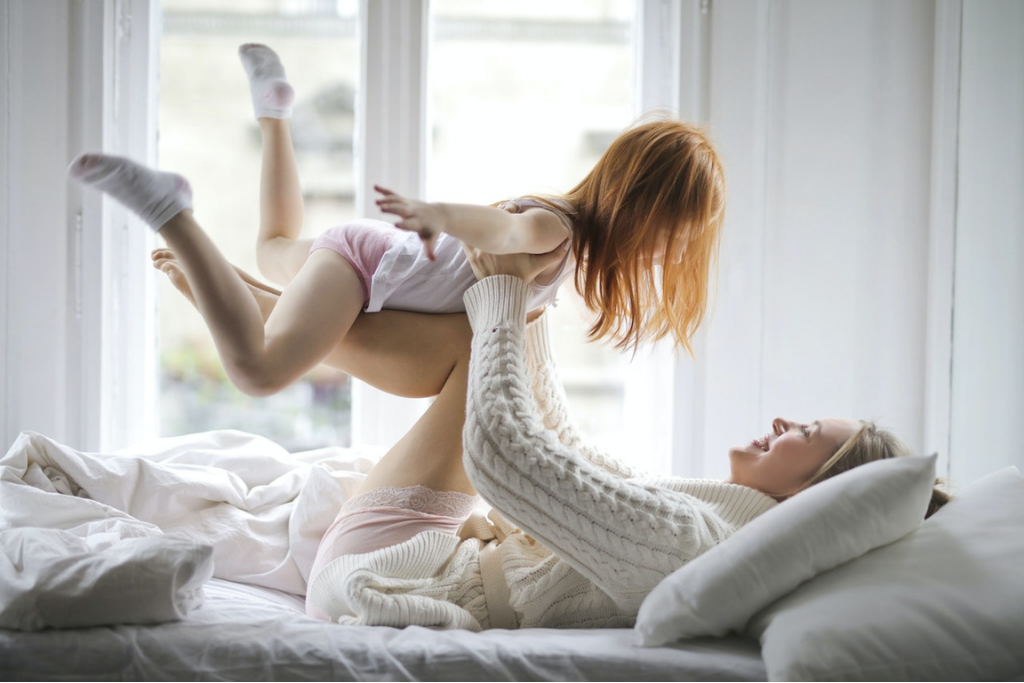