In 1980’s Britain, the LGBT movement was still finding its footing.

For gay rights, the 80’s was a strange state of limbo: the movement came a long way but wasn’t quite there yet. The 20 years before the introduction of Section 28 saw many important LGBT events. 1969 saw The Stonewall Riots in the USA. In England, The Sexual Offences Act partially decriminalised homosexuality in 1972. The first Pride march in the UK took place in London later that year. For the gay liberation movement, progress was slow but positive. However, in 1988, the Conservative government introduced legislation that would affect LGBT rights for the next 15 years.

Quote taken from The Independant, 1988

The 1980’s was a controversial time for England.

Margaret Thatcher emerged into British politics and quickly grew to be the overshadowing figure of the decade. Furthermore, as a political leader, Thatcher was extremely divisive, with half the nation in her favour, the other half heavily opposed.

Vast parts of the country, especially the North, were stricken by poverty. The need for industry in England was at its lowest. The battle between the government and trade unionists was ever ongoing. On top of this, in 1981, unemployment in England was at its highest since the Great Depression. Homosexuality was experiencing a decline in support. The Sexual Offences Act partially decriminalise homosexuality back in 1969. Regardless, the view from the general public only transitioned from “illegal but discussed” to “legal, but not always approved.”

Two events are the primary reasons for the introduction of the Section 28 Act.

HIV was sweeping across the USA and subsequently across the rest of the world. By the middle of the decade, HIV claimed nearly 50 lives in England. Whatsmore, there were over 1,000 HIV patients by the end of 1987, just one year before the enforcement of Section 28.  The first case of HIV in England was in 1981. In fact, it was a gay man who regularly visited Florida who brought back the virus from the USA where the epidemic was running rife. 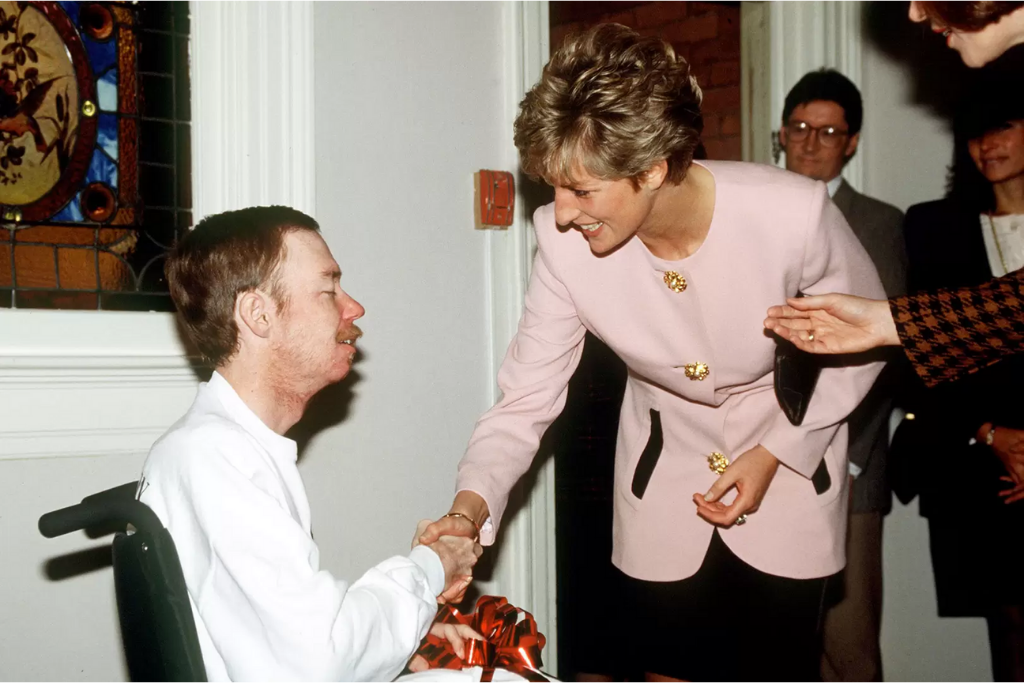 The second contributing factor to Section 28 was a children’s book called Jenny Lives with Eric & Martin.

In 1983, Danish author Susanne Bösche published Jenny Lives with Eric & Martin. This picture book, initially written to educate children, tells the story of Jenny who lives with her father and his boyfriend. Jenny Lives with Eric & Martin is on of the first children’s books to out-rightly discuss homosexuality. Whatsmore, the purpose of the picture book was to normalise different family styles across the UK and Europe.

However, no one could foresee the negative impact that this story would have on 1980’s England. In 1986, not long before the introduction of Section 28, a newspaper reported that a copy of the book was on display in the library of a London primary school. This school happened to be run by the ILEA, a Labour party authority.

A headline by The Sun Magazine in 1986

The controversy of “feeding homosexual propaganda” to children was suddenly household knowledge. What followed was a series of protests and demonstrations against the book, against the Labour party and against exposing children to such topics.

In 1986, The Conservative government introduced “An act to refrain local authorities from promoting homosexuality.” However, they refused this legislation and subsequently named it the Section 28 Act in December 1987. 5 months later, in May 1988, The Section 28 Act was finally made into law.

‘A Local Authority shall not:

Nothing above shall be taken to prohibit the doing of anything for the purpose of treating or preventing the spread of disease.’

Section 28 essentially stated that the teaching of anything LGBT was now prohibited in schools. Furthermore, LGBT clubs and groups disbanded across the country and all LGBT literature was removed from shelves in libraries and book shops.

“It meant that positive depictions of LGBT life were completely wiped out in schools.“

The 15 years under the thumb of Section 28 inspired a generation of gay activists.

What came out of the chaos were some courageous voices against the new legislation. Young, old, gay, lesbian and trans people took to the streets in a series of protests and marches. These protests took place before and during the life of Section 28. Booan Temple and Sally Francis are just two examples of LGBT people who protested against Section 28. Temple and Francis were both part of an all lesbian team that actively fought for LGBT rights and equality.

On May 2 1988 Temple, Francis and a group of activists abseiled into The House of Lords after peers voted in favour of the bill. Correspondingly, 3 months later, the same group stormed a live streaming of the BBC Six O’Clock News.

“It was state promoted homophobia”

Life under the rule of section 28

The Conservative government had publicly announced that homosexuality was a disease. In fact, the Tories were able to justify the Act by claiming it was “essential in stopping the spread of the sickness.” With the HIV epidemic at it’s highest, and homosexuality itself now a form of “epidemic”, things weren’t looking good for the LGBT community. What followed was 15 long years of invisibility.

“[Section 28] crystalised prejudice under the guise of protecting children.”

The climate for LGBT people during these years was worlds apart from what it is now. LGBT people battled against their own government, and against other civilians who believe that homosexuality was unnatural. During this time, simply talking to someone who was gay could be considered promoting it.

The Conservative government were insistent on their belief that Section 28 was not to stop homosexuality. Instead, it was to stop the “thrusting” of homosexual materials upon children at such a young age. But what the government perhaps failed to realise is that their bid for protection was, in most cases, doing more harm than good. Gay children across the country had nowhere to turn. Whatsmore, the result of this was a generation of LGBT adults who look back on their childhoods with dismay. Bullying among gay children was rife, as was loneliness and isolation.

In 2003, just before the legislation was repealed in England and Wales, a Stonewall survey found that 82% of teachers they spoke to at the time were aware of verbal attacks against LGBT students. 26% of those were also aware of physical attacks. Furthermore, only 6% of these relevant schools and institutions had anti-homophobia policies in place.

Demonisation by the media

Unsurprisingly, the media used Section 28 as an excuse to demonise the LGBT community.

The tabloids fed off the information given to them by the government. The idea that homosexuals spread diseases and influenced children was all over the media. With the media, the government and the Church all telling the public the same thing, it’s not surprise that hostility and violence towards the community rapidly grew. The media used the current climate to divide people, to put left wing and right wing against each other. What developed was a divided nation (or so the media was telling people). 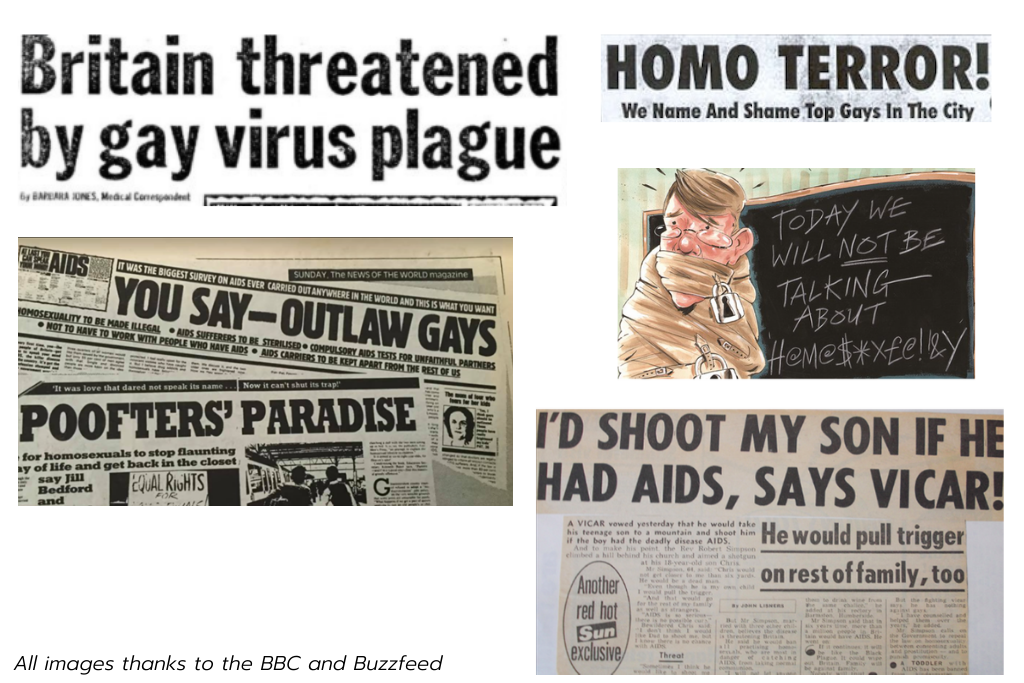 For 15 years, LGBT citizens in England lived under the rule of Section 28. Finally, at the beginning of a new century, people started to see change. The first repeal of the legislation was made in 2000 but faced defeat. The Scottish government repealed the Act in 2000. In fact, it was one of the first pieces of legislation enacted by the new Scottish parliament. The rest of the UK followed suit in November 2003, finally repealing the oppression enforced by Thatcher’s Government.

In the years that followed in British politics, various leaders and members of the Tory party have publicly apologised for the Act. In 2006, Francis Maude (Conservative Party Chairman) stated that “the policy was wrong and a mistake.”Three years later in 2009, David Cameron publicly apologised for it’s introduction, stating that it was “a mistake that was offensive to gay people.”

The majority have apologised for the Act. A few, however, believe that it was right at the time, and the fundamental point was to protect children above anything else.

”(Section 28) was brought in to deal with what was seen to be a specific problem at the time. … That problem simply doesn’t exist now. Nobody’s fussed about those issues any more. It’s not a problem, so
the law shouldn’t be hanging around on the statute book.”

Michael Howard, leader of the Conservative party, speaking in 2005

So, why are we still feeling the effects of section 28?

Section 28 has a legacy that will continue to affect a generation of LGBT people. Even now, we don’t teach our children about homosexuality or diverse family models in schools. Some schools in the UK even still censor LGBT literature and media. A report by The Independent 2013 listed the title:

“Dozens of schools and academies across the country are practising the homophobic policy outlawed by Tony Blair’s government.”

The British Humanist Association found that at least 50 schools in the UK still had policies in place that replicated those like Section 28 (2013). Despite the legislation changing, the fight for equality isn’t over. The overwhelming conclusion is that Section 28 has inspired a generation of mistreatment towards LGBT people, the effects of which we will feel for the foreseeable future.

Whatsmore, were it not for Section 28, the way that family, gender and sexuality is taught in schools would be very different. Subsequently, homophobic attitudes would be very different. The effect of The Section 28 Act went far beyond simply homophobia. Instead, the Act enforced a form of cultural and societal change. This change, whether we can actively see it or not, is still here nearly 20 years after its repeal.