In the UK, freeholding and leaseholding come hand in hand. However, some are saying it’s time to reform the outdated structure for lease renewals and enfranchisement.

Many properties in the UK have an owner of the leasehold and a separate owner of the freehold. However, for many years, many leaseholders have heavily criticised and questioned the complex and costly nature of extending or enfranchising a lease.

Back in 2020 The Law Commission, a panel of legal experts who advise the Government, created a series of reports regarding leaseholding. These reports cover aspects such as the extortionate ground rent prices and poor property maintenance that leaseholders often encounter.

The Law Commission and the Government are currently working together to re-vamp the system. On top of that, they want to re-shape the way that leaseholds are used for new properties. Whatsmore, the Commission is stating that it is time for a change to the current system. The leasehold reform is aiming to give homeowners an easier way to buy out or enfranchise their leases. 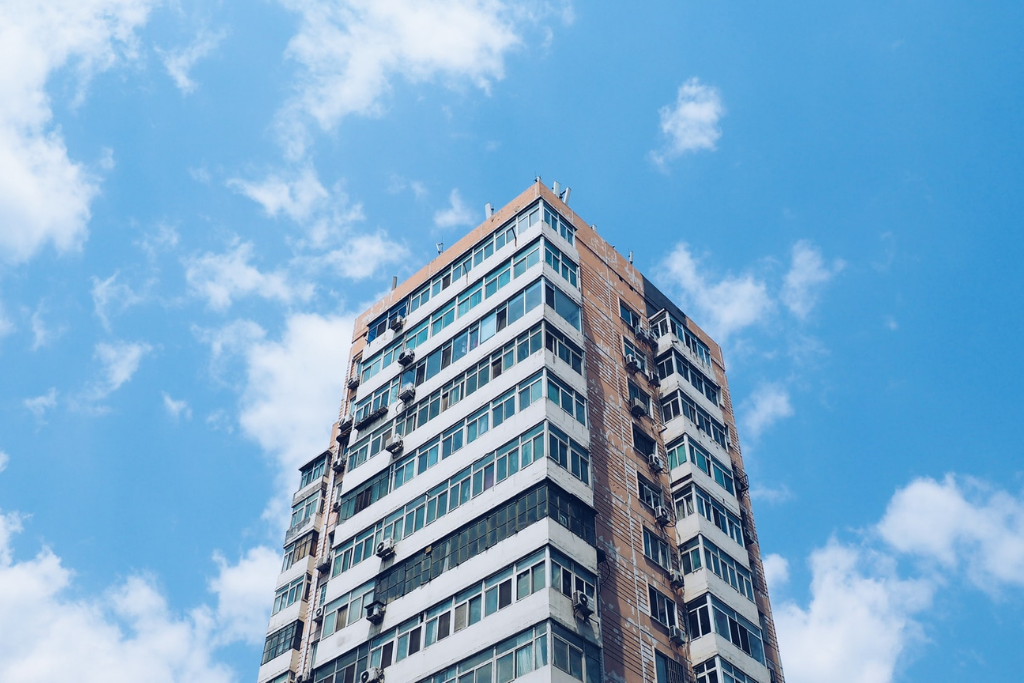 what is a leasehold and how does it differ from a freehold?

A leasehold is the act of a person buying the right to a property for a certain amount of time. This is instead of purchasing the property outright. However, the freeholder (who manages the building) receives an annual ground rent from the leaseholder. Having a lease is one of the most common options for flats in the UK and almost 4 million homes in the UK have a lease. Interestingly, the majority of these are flats and apartments, as many houses are sold via freehold.

Why do we need a reform?

The purpose of introducing a leasehold reform is down to the sheer amount of disputes and complaints that have been registered by current leaseholders over the past years and in recent months.

The most common issues noted by leaseholders include:

You are obliged to a leasehold contract

A leasehold will allow you to own your home for a certain number of years, whereas the freeholder owns the home outright. Furthermore, this means that you will have a continuous contract with your freeholder and essentially you have less control of your property.

Service charges ensure that all leaseholders in a building contribute to maintenance upkeep. But even though leaseholders pay service charges, they often have no control over who the contractors are and often complain about costs and quality of service.

Restrictions and Applying for consent

Your lease restricts how you use your property. This means that if you want to make changes to your property you have to apply for consent from your freeholder. This process is often expensive and requests are frequently declined.

a lease is an increasingly depreciating asset

As the term that is left on your lease decreases, so does the value of your property. The shorter your term is, the harder your property is to sell, as the term will have to be renewed. 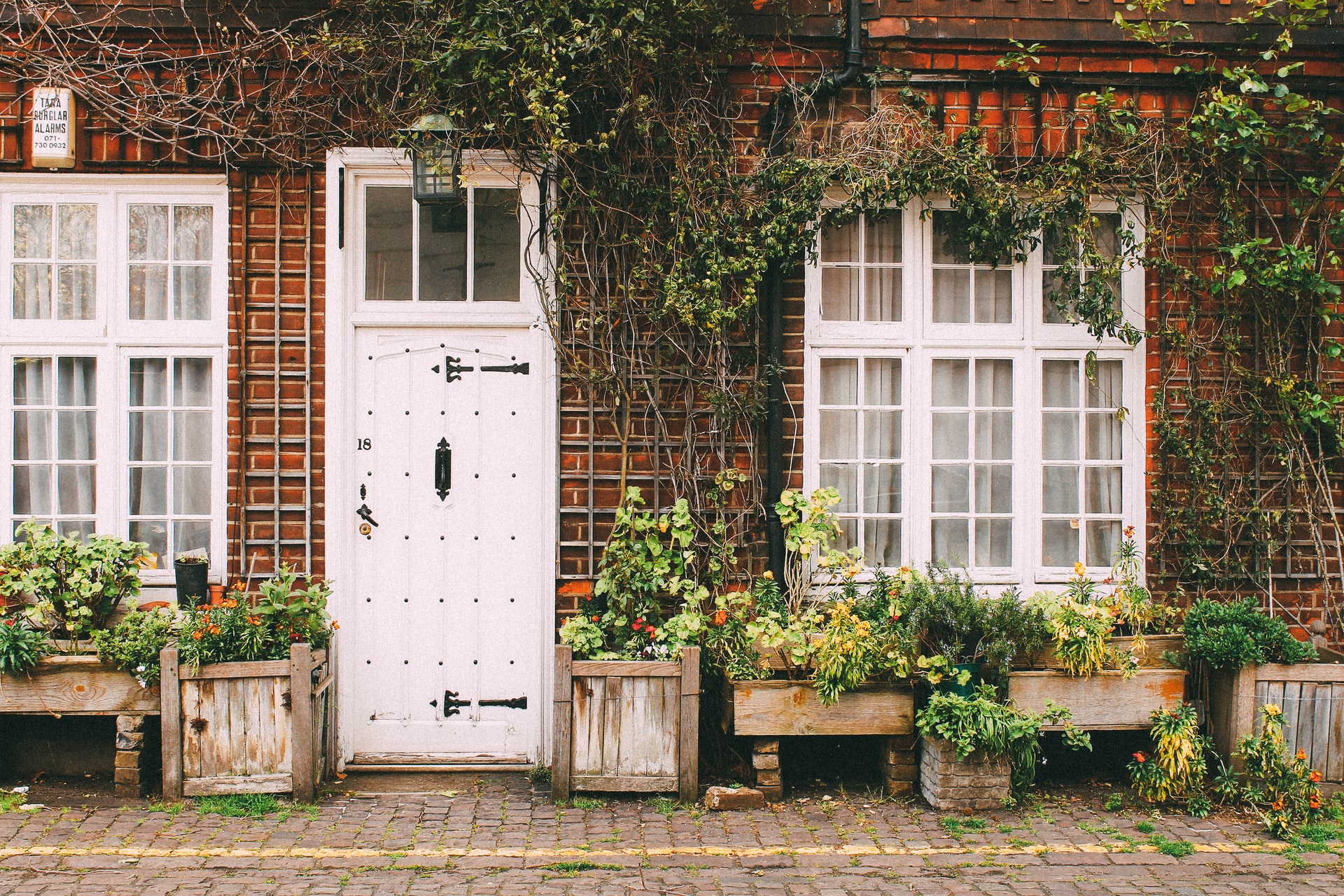 RECOMMENDATIONS by the law commission regarding the leasehold reform

The five reports that have been created by The Law Commission have asked for full leasehold reform. This includes:

The Law Commission’s report aims to make the process easier for people and reduce the cost to extend a lease.

With these proposals, The Law Commission estimate they will remove around £6,000 from the price of purchasing the freehold.

One of the five reports released by The Law Commission proposes using a process named “Common ownership” instead of leasehold ownership.

“commonhold is a system built upon the AUTONOMY and control that IS ASSOCIATED WITH FREEHOLD OWNERsHIP, with MECHANISMS THAT RECOGNISE THE IMPORTANCE OF COMMUNITY THat arises where properties are INDEPENDENT.”

The report, entitled “Reinvigorating Commonhold: The Alternative to Leasehold Ownership” is hoped to be a favoured method for leaseholders. However, Commonhold Ownership has no limit on how long you can own the property for and allows people to own the freehold of individual flats.

The Leasehold reform timeline so far:

RESPONSE and the future for leasehold reform

This January, the Government laid out even more proposals to make it easier and cheaper for leaseholders to extend their lease. Looking to the future, the Government announced plans to ban the sale of new houses as leasehold.

This means that you can only sell flats on a leasehold basis. Most importantly, the Government will be able to consider the abolition of the hope value and marriage value and consider the establishment of a commonhold partnership. These will be the most critical factors for leaseholders, both in reducing costs and improving ownership.

Unsure whether you qualify to enfranchise your lease or not? Take a look at our short flowchart below to see if you meet the criteria. 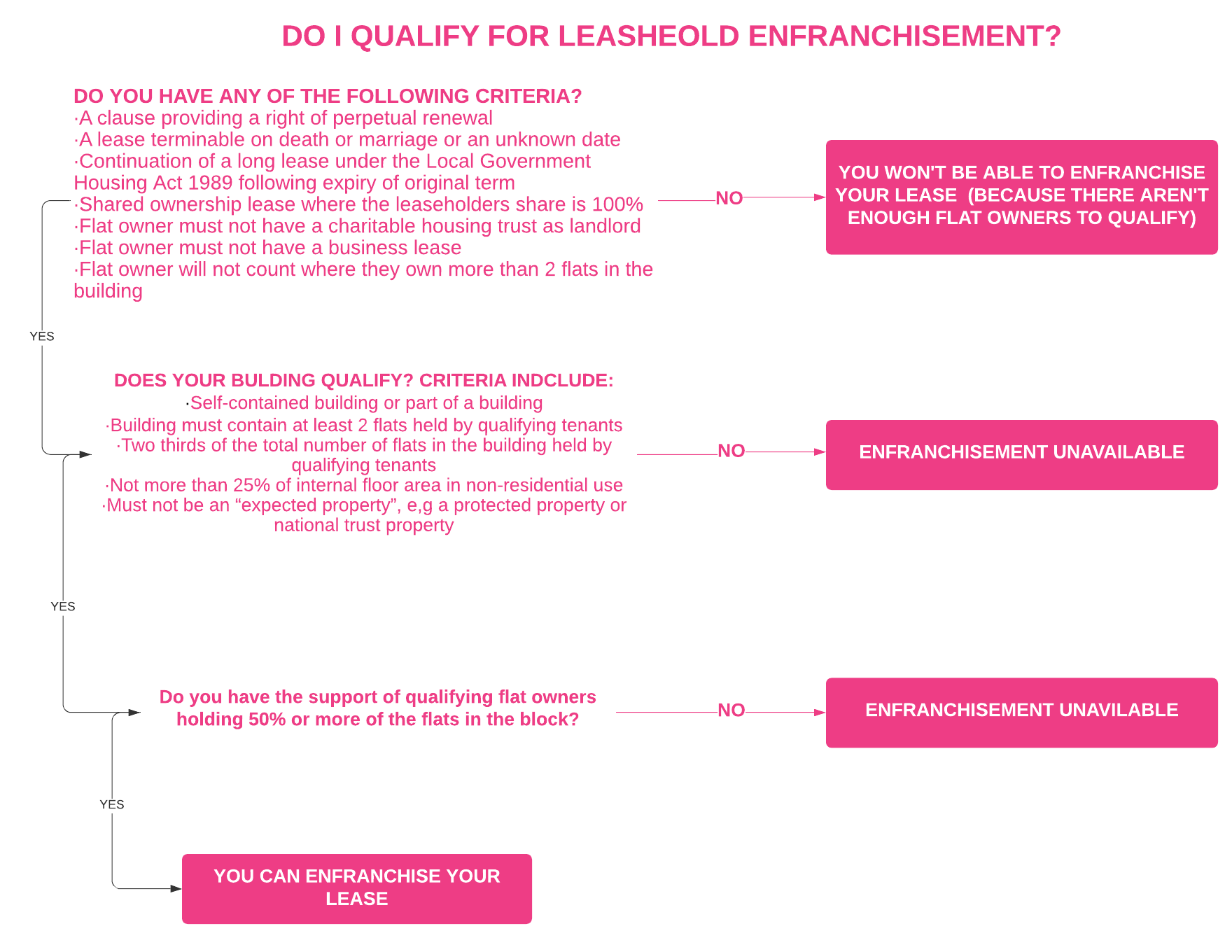