2. Alan Turing was chemically castrated after being convicted of gross indecency

3. He was open about his sexuality

4. In the UK there is a law named after Alan Turing

5. Alan Turing is going to be featured on the new polymer £50 note

6. He may not have meant to commit suicide

9. Alan Turing was a pioneer in artificial intelligence

11. The first computerised chess game was developed by Alan Turing

Alan Turing was born in London on June 23, 1912. Turing was an English mathematician, cryptographer, and logician whose ground-breaking work led to the Allies winning World War 2. The pivotal moment in Turing’s career was personally cracking the Nazi Enigma Code used by the German U-boats preying on the North Atlantic merchant convoys. It was a vital contribution as the decrypted information enabled convoys from North America to avoid German U-boats loaded with missiles, allowing them to deliver essential supplies to Allied forces in Europe.

A few years after the end of the war in 1954, Turing took his own life at the young age of 41, shortly after being outed as gay. At the time of his death, homosexuality was still against the law in England. But more than six decades after Turing’s death he remains a fascination. Turing’s life has been featured in operas, plays, novels, musical albums, and films. One of the most well-known pieces about Turing was in the recent film featuring Benedict Cumberbatch, the Imitation Game.

There are various parts of Alan Turing’s life and history left out of the media. However, these aspects of his life need to be heard. Below, are 10 points detailing things you may not know about Alan Turing’s true legacy.

Alan Turing was chemically castrated after being convicted of gross indecency

In 1952, Turing was arrested after reporting a burglary in his home. Whilst Turing was investigated, the police discovered Turing was in a relationship with a 19-year-old man named Arnold Murray. Instead of dealing with the burglary, Turing was instead arrested himself. He never denied the allegations that led to his arrest and asserted there was nothing wrong with what he did. However, the courts disagreed, and Turing was convicted of gross indecency, a crime punishable by life imprisonment at the time. However, life sentences were not usually awarded by judges, with sentences such as hard labour or chemical castration being more common. At the time Turing’s lawyers advised him to plead guilty, and he accepted chemical castration?

He was open about his sexuality

Alan Turing never kept his sexuality a secret and was open with his social circles whilst studying at King’s College in Cambridge. In fact, he had even travelled abroad to Norway and the Mediterranean to advocate for gay rights. After his arrest in 1952 for gross indecency, the first thing Turing said was “this shouldn’t be against the law”. Later after the arrest, he also gave an unapologetic statement, openly saying he was unashamed of his homosexuality.

Turing made no secret of the trial and talked about it with colleagues in the computer lab at the National Physical Laboratory at Teddington while mocking the law’s absurdity.

In the UK there is a law named after Alan Turing

Nearly 60 years after his conviction and death in December 2013, Turing was awarded a posthumous royal pardon after bills were submitted in Parliament and the House of Lords. Shortly after his pardoning, there were calls for pardons to be extended beyond just Alan Turing. In 2015, a petition was launched with this aim in mind and gathered almost 640,000 signatories. The petition led to a historical change in UK law on the 31st of January 2017. The Policing and Crime Bill was introduced and received Royal Assent, enshrining, in law, pardons for those convicted of consensual same-sex relationships. The law was named after Turing and was titled “Turing’s Law”. The legislation was made possible with government intervention and led to statutory pardons being granted to the living. However, this will only apply when offenders have successfully applied through the Home Office’s disregard process to remove historic convictions.

The Governor of the Bank of England revealed at the Science and Industry Museum in Manchester that a new £50 polymer note would depict Alan Turing and imagery his work. The new £50 note is set to be released and enter circulation at the end of 2021. To put this in perspective, the Bank of England received a total of 227,299 nominations, from which Turing was picked.

Turing was selected because he provided theoretical underpinnings for the modern computer, devised the code-breaking machines that helped win the war and stood for homosexuality. His legacy continues to have an impact on both science and society today. Mark Carney, the Governor of the Bank of England at the time, said: “Alan Turing was an outstanding mathematician whose work has had an enormous impact on how we live today. As the father of computer science and artificial intelligence, as well as war hero, Alan Turing’s contributions were far-ranging and path breaking. 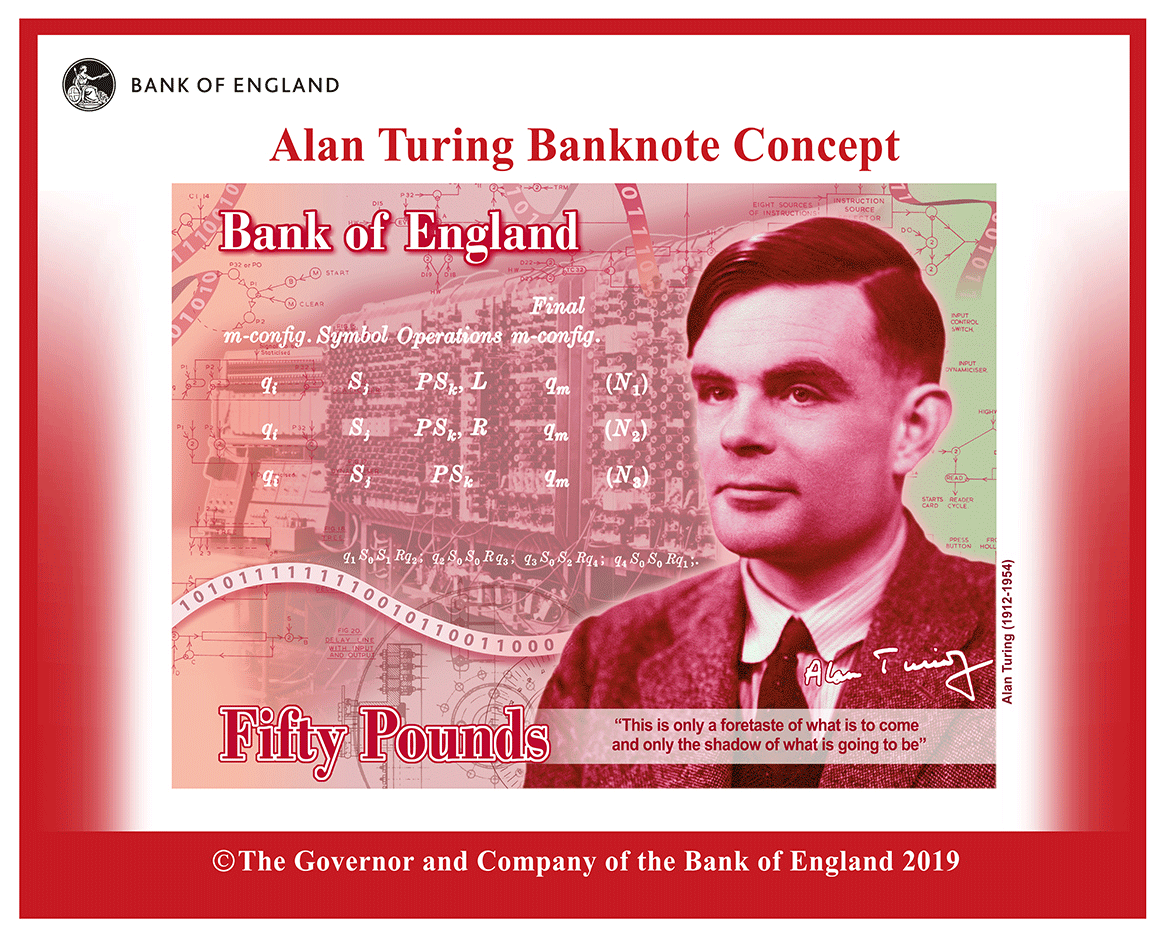 He may not have meant to commit suicide

Alan Turing died of cyanide poisoning at the age of 41. It is widely believed that the stress of his conviction caused suicide. Due to Turing’s conviction, he was stripped of his security clearance, meaning he could not be involved in secret work during the Cold War. As a result, it drove Turing to feel excluded and embittered. Furthermore, his conviction also made him impotent and prevented him from leaving the country.

However, not everyone is convinced he died by suicide. The evidence was not conclusive to point towards suicide. Jack Copeland argues that the evidence used to declare the death of Turing would not be sufficient to close the case today. Moreover, the half-eaten-apple evidence by his bedside thought to be the source of the poisoning was never tested for cyanide. It has been noted in the inquest which determined his death that the evidence was also consistent with accidental poisoning. Turing’s mother also had this perspective on his death as she commented at the time that he probably accidentally poisoned himself whilst experimenting. It was known that Turing often tasted chemicals whilst attempting to identify them and was careless with safety measures.

Whilst a student at King’s College, Turing started running and continued this passion throughout his life. Later in his life, he was commonly known for running a 10 mile stretch between the National Physical Laboratory and the electronics building on Dollis Hill. He joined running clubs and became a competitive amateur. One of his most significant running accomplishments was coming in fifth at a qualifying marathon in 1948 for the Olympics. He finished the race in 2-hours, 46 minutes. This time was just 11 minutes short of the Olympic winner.

Alan Turing was asked by Walton Athletic Club’s secretary why he runs so much, and he replied: “I have such a stressful job that the only way I can get it out of my mind is by running hard”. It was also known that whilst not competing, Turing would occasionally run the 40-mile stretch between London and Bletchley Park for meetings.

The first day he attended school he cycled 62 miles

Alan Turing attempted to get the train to attend his first day at an elite boarding at the age of 14. However, on the day there were numerous trains strikes in the UK which resulted in train cancellations and delays. Instead of turning back to go home, Alan Turing decided to ride his bicycle an astonishing 62 miles.

Alan Turing was a pioneer in artificial intelligence

Alan Turing was involved in the philosophical discussions which debated whether machines could think like a human brain. During this time, he developed a test titled the imitation game which is a method of inquiry in artificial intelligence. The title of the test was later changed to “The Turing Test”. The test is performed by an interrogator in isolation, asking questions of another person and a computer. Finally, the questioner must distinguish between the computer and human replies. If the computer can trick the interrogator, it is categorised as intelligent.

A famous predication Alan Turing once made with regards to artificial intelligence was: “I believe that at the end of the century the use of words and general educated opinion will have altered so much that one will be able to speak of machines thinking without expecting to be contradicted”.

He was the founder of modern computing

Alan Turing essentially coined the idea of computer memory in 1936. He published a paper titled “On Computable Numbers” which has been referenced as the computer age’s founding document. Alan Turing’s main hypotheses in the paper were that in the future humans would be able to build machines which compute any problem that a human had the capability of solving, using 0s and 1s. The information Alan Turing published about using single machines to carry out several tasks and memory storage was used as the foundation used to build the digital computer.

Whilst Alan Turing was working for the UK’s National Physical Laboratory in 1945, he designed the Automatic Computing Machine. The machine was able to electronically store programs. Previously, computers did not have electronic memory storage capability, meaning computers had to be manually wired to switch between programs. 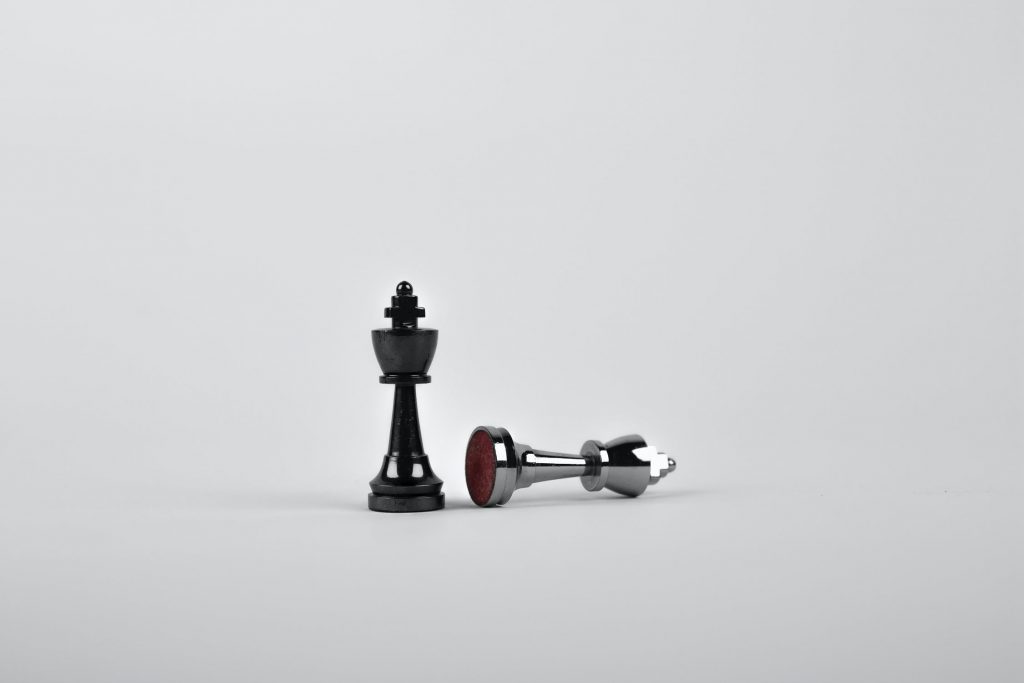 The first computerised chess game was developed by Alan Turing

Whilst Alan Turing was working at Bletchley Park, he became inspired by his colleagues who were chess champions. Alan Turing decided to create an algorithm for a computerised chess game titled the “paper machine”. However, when he created the algorithm, no machine could process the instructions. Therefore, Alan Turing acted as the human CPU using paper and pencil. It took Alan Turing more than half an hour to calculate each move using the algorithm.

The first game he played using the Algorithm he won after playing against beginner chess player. However, when he attempted to use the algorithm against a more experienced chess player named Alick Glennie he lost.

Fight For what is right

Alan Turing had a profound impact on both the law and society. He did not back down and fought for what was right. He remains as a war hero, a pioneer of modern computing and an iconic LGBT figure.

If you ever experience hate crime or discrimination do not back down, fight for what is right and together we will beat discrimination. 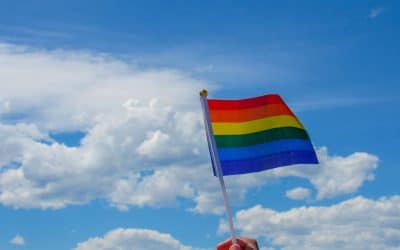 2021 UK Census | Read Time 2-3 Minutes. A historic moment for LGBTQ+ recognition with the new 2021 UK census   For the first time in history, the UK 2021 census will include a national count of LGBT people. The census is a national survey that has been running for... 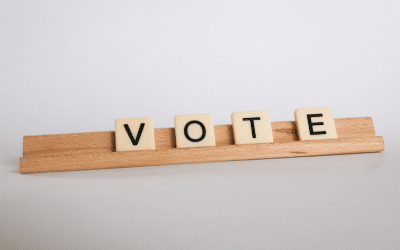 People in Power: Who has the Power Over Queer Futures? | Read Time 5-7 Minutes. In short, it's no exaggeration to say that 2020 was a very political year. With the Coronavirus pandemic growing ever larger, and the Black Lives Matter movement on everyone's lips, the... 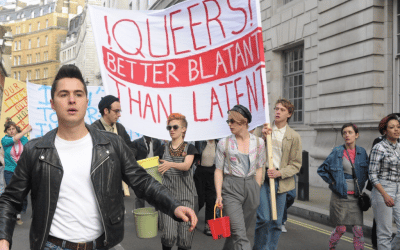 Still of Ben Schnetzer playing Mark Ashton in Pride (2014) Mark Ashton | Read Time 5-7 Minutes.  Who was mark ashton? "He was an everything person. An Irishman, a communist, an agitator, a lapsed Catholic who still went to mass very occasionally. He was very...